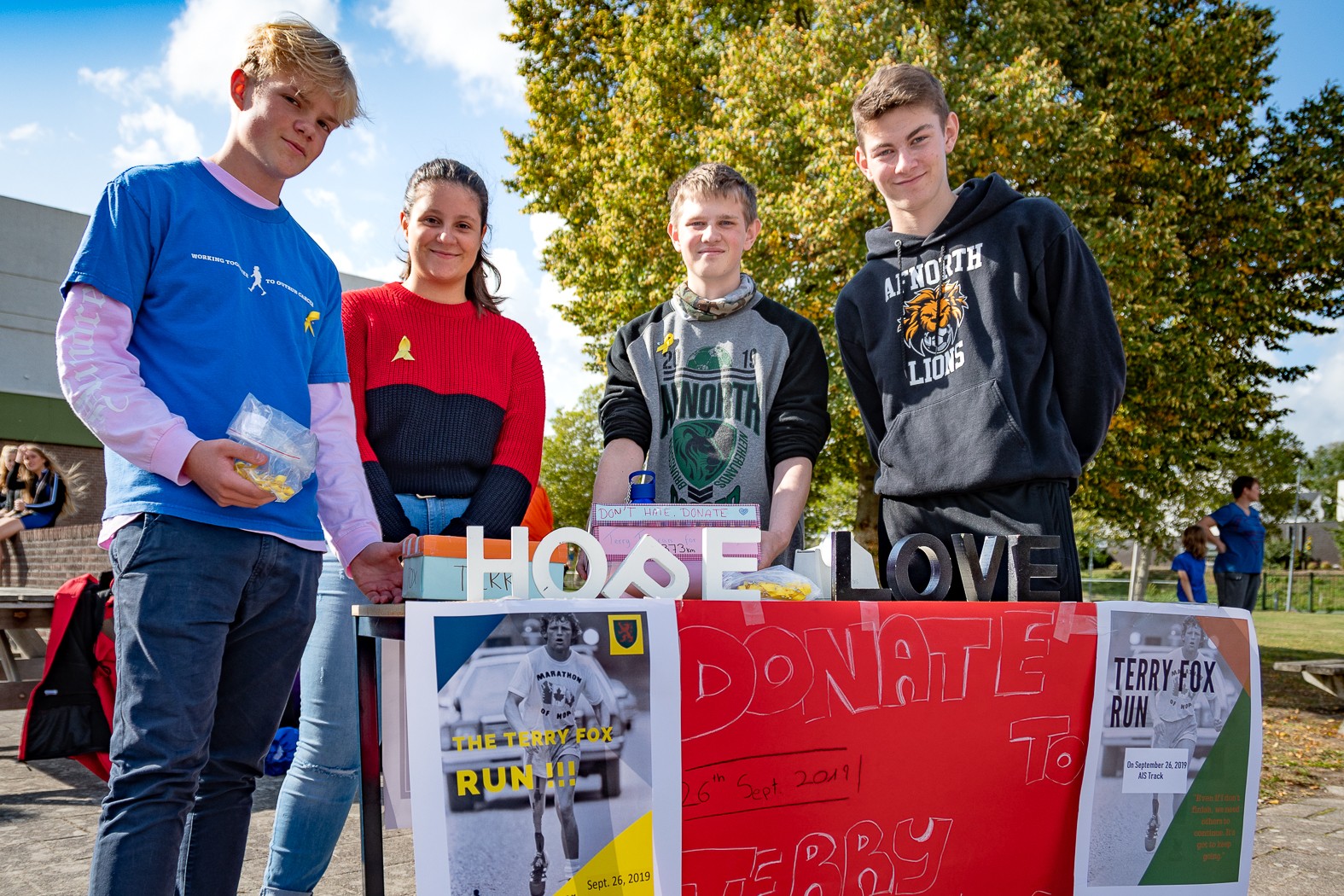 Plans are underway again this year – in a modified version – to honour Canadian hero Terry Fox and his dream to  find a cure for cancer. This year marks the 40th anniversary of Terry Fox’s Marathon of Hope … and AFNORTH IS has been keeping his legacy alive for over 20 years of that time!

Here are some highlights of the event planned to run for the first two weeks of October:
*A chance to learn about Terry Fox and share it with your students using a slide show and other resources shared with you.
*Individualized teacher/ family/ community involvement
*An opportunity to contribute to a total school kilometer goal to traverse from southern Germany to the northern Netherlands
*An opportunity to fundraise for cancer research and donate by country.
Stay tuned for more details!

In the meantime, the Terry Fox Foundation recently released new lesson plans for all grade levels if you are interested in getting started or jump in.

On behalf of the Canadian Program and with thanks for your support!