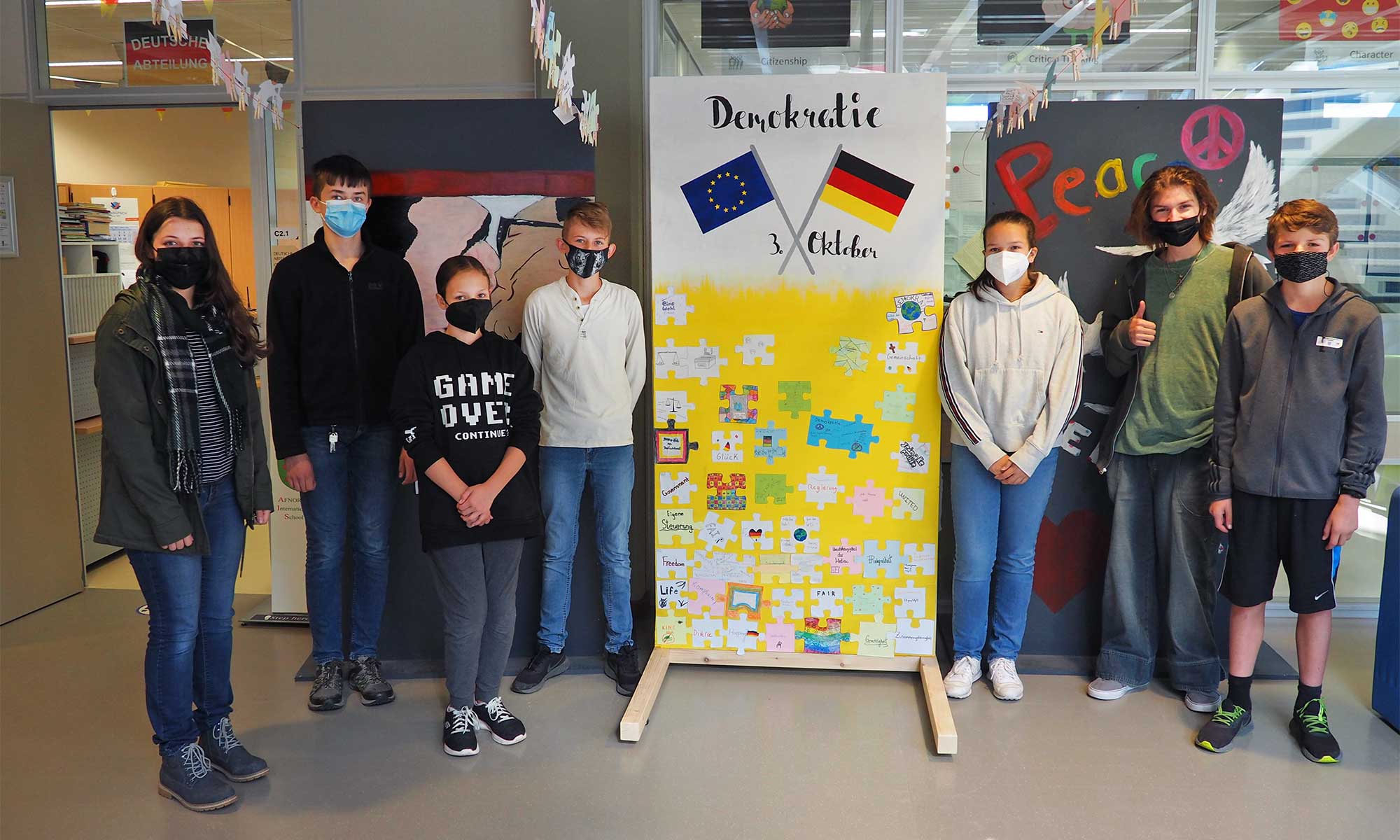 German National Day is celebrated each year on October 3rd, the anniversary of the country’s reunification in 1990.

This year German Section classes launched a project dealing with the theoretical background of a democracy and what living in a democratic state means them personally.

Mr. Wissmann lead them in discussing the topic during their Politics classes joined by Ms. Mill with her classes. What made the project even more special was the US and Canadian German classes of Ms. Roesberry also joining in.

In the end, each participant designed a jigsaw piece telling what living in a democracy means for them. Everyone was free to either paint a picture or write some words summarizing their opinion. All of the pieces were put together in an exhibition in front of the German office.

It was great to see how colorful democracy can be and how many different languages were used in the final democracy jigsaw.

Thank you so much to everyone who took the time and effort to participate in the project and in discussing a topic we tend to take for granted but really should reflect on and be thankful for every day.

Many thanks especially to all the international students who took part and made the project and the exhibition even more colorful.