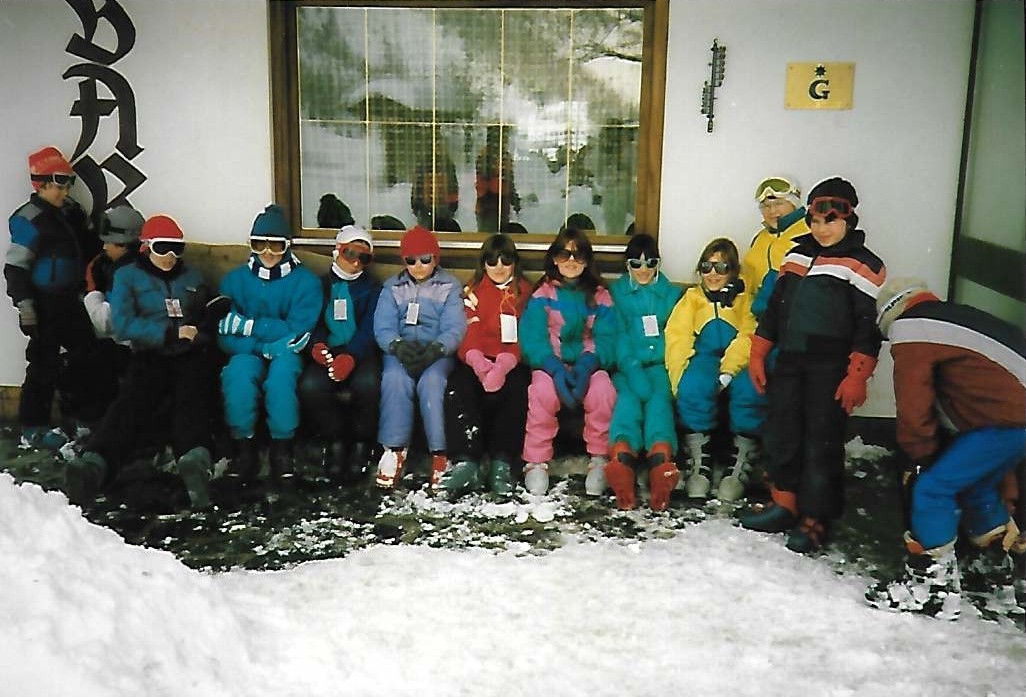 I came to AFCENT School in late September 1985. You could always tell who the new British kid was because they used to wear their old school uniform for a few months. My first Teacher was Ms Bourque, a French Canadian lady. This was followed by Mr Bell (UK) in 1986-87, Mr Crossfield(UK) in 1987-88 and Miss Curtis(UK) in 1988-89.

I have such great memories of Afcent School, and made friendships that are still going strong over 30 years later.

Memories include the British Middle School Ski trip to Italy in 1987, where we taught the German Section the AFCENT version of the “Who We Are, Where we come from” song. Going on a ski trip with the American High School to Leysin in Switzerland in 1989, as the only Brit.

The fences being erected around the German Section (near the music block) following Chernobyl, as they were worried about the risk of radiation in the sand.

Mr Bell’s board at the end of the corridor, which was used as a basis for his weekly Quiz.

Visiting schools in British Forces Germany for sporting events, Cross-Country in Laarbruck, Rugby in Osnabruck, where we had to sleep on military camp beds (the type that always tipped up) in the School the night before.

The long walk to the swimming pool once a week, in any weather. Running cross country around the Brunsummer Heide at lunchtimes, and being back in time for the post lunch activity session.

Mr Casper Spitz, who worked in the Gymnasium, with the old wooden bleachers. The build of the new Gymnasium in 1988.

Spending the day in the car park opposite the school following a bomb threat, admiring one of the Teachers Corvettes.

Travelling to & from School on Bus 18/28 from Hoensbroek; those streets and houses look mighty small now.

Playing (badly) the violin for a few months in music class.

Lunchtime Fussball (table football) in the canteen (no spinning allowed), or Tetherball in the playground.

School trips to Aachen, and Evoluon in Eindhoven.

Every weekend was IYA Soccer at the sports fields; I must have collected every trophy available.

Having revisited the school recently, I could tell, that despite the change in appearance, the ethos of the school was unchanged, and the lives of those who are attending it now will remember it with same fondness as those who attended in the past.